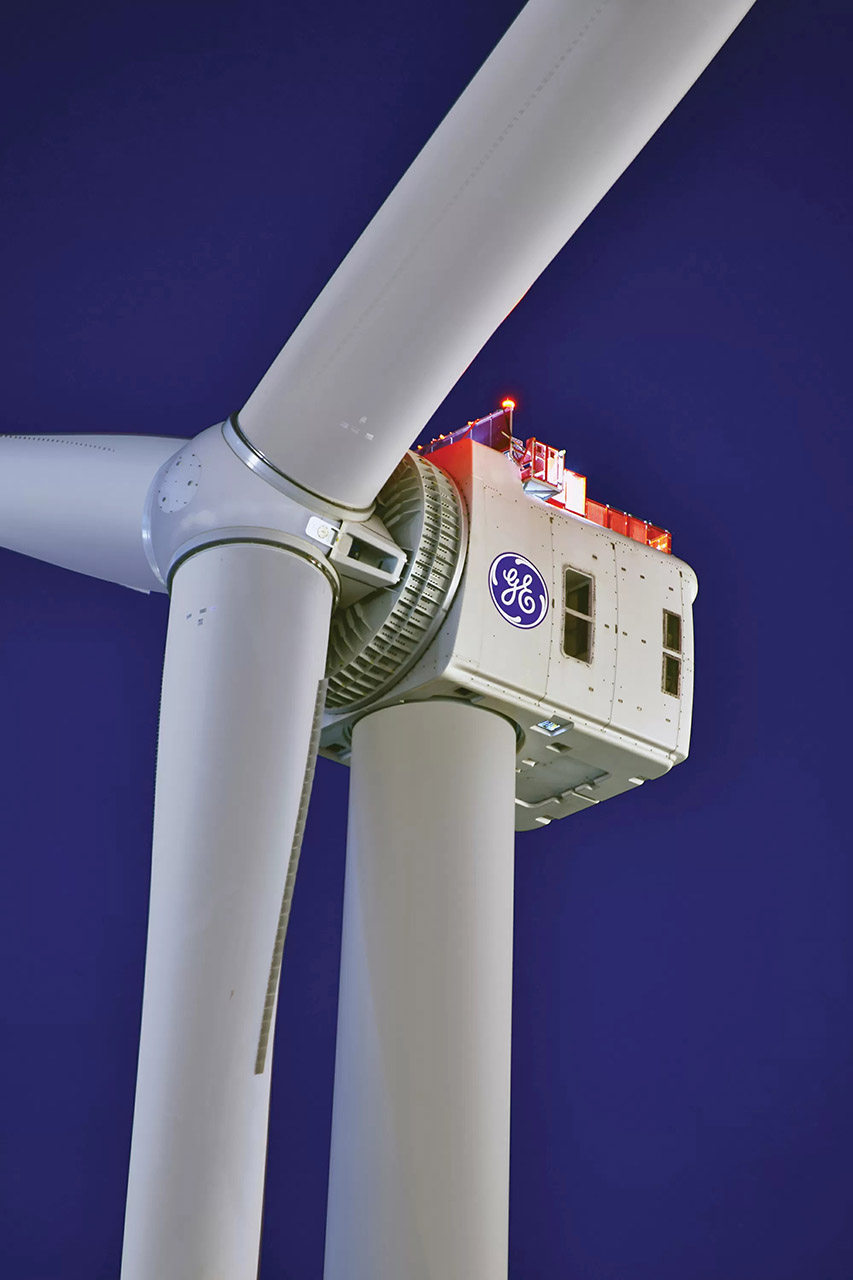 The 12MW turbine is the precursor to the 13MW version of the turbine, which will be used in the first two phases of the world’s largest offshore wind farm, Dogger Bank Wind Farm. This certification is an important milestone as Dogger Bank A and Dogger Bank B progress towards financial close.

This full type certification of the world’s most powerful wind turbine in operation today follows a provisional type certification announced in June, and is an independent verification that the new turbines will operate safely, reliably and according to design specifications.

The process of certifying the Haliade-X involved a series of tests on a 12MW prototype located in Rotterdam, and tests of the turbine’s 107 meter blades at the UK’s Offshore Renewable Energy (ORE) Catapult in Blyth and the Massachusetts Wind Technology Testing Centre in Boston.

“The certification of this industry leading turbine is another important step forward for our ground-breaking project and is great news for innovation within the wider global offshore wind industry.”

Vincent Schellings, Chief Technology Officer for Offshore Wind at GE Renewable Energy, said “This is a key milestone for us as it gives our customers the ability to obtain financing when purchasing the Haliade-X.  Our continued goal is to provide them the technology they need to drive the global growth of offshore wind as it becomes an ever more affordable and reliable source of renewable energy.”

GE Renewable Energy recently announced that the prototype has been optimised and is now operating at a 13 MW power output. Testing will continue and the company expects to obtain a type certificate for the Haliade-X at 13MW  in the first half of 2021. 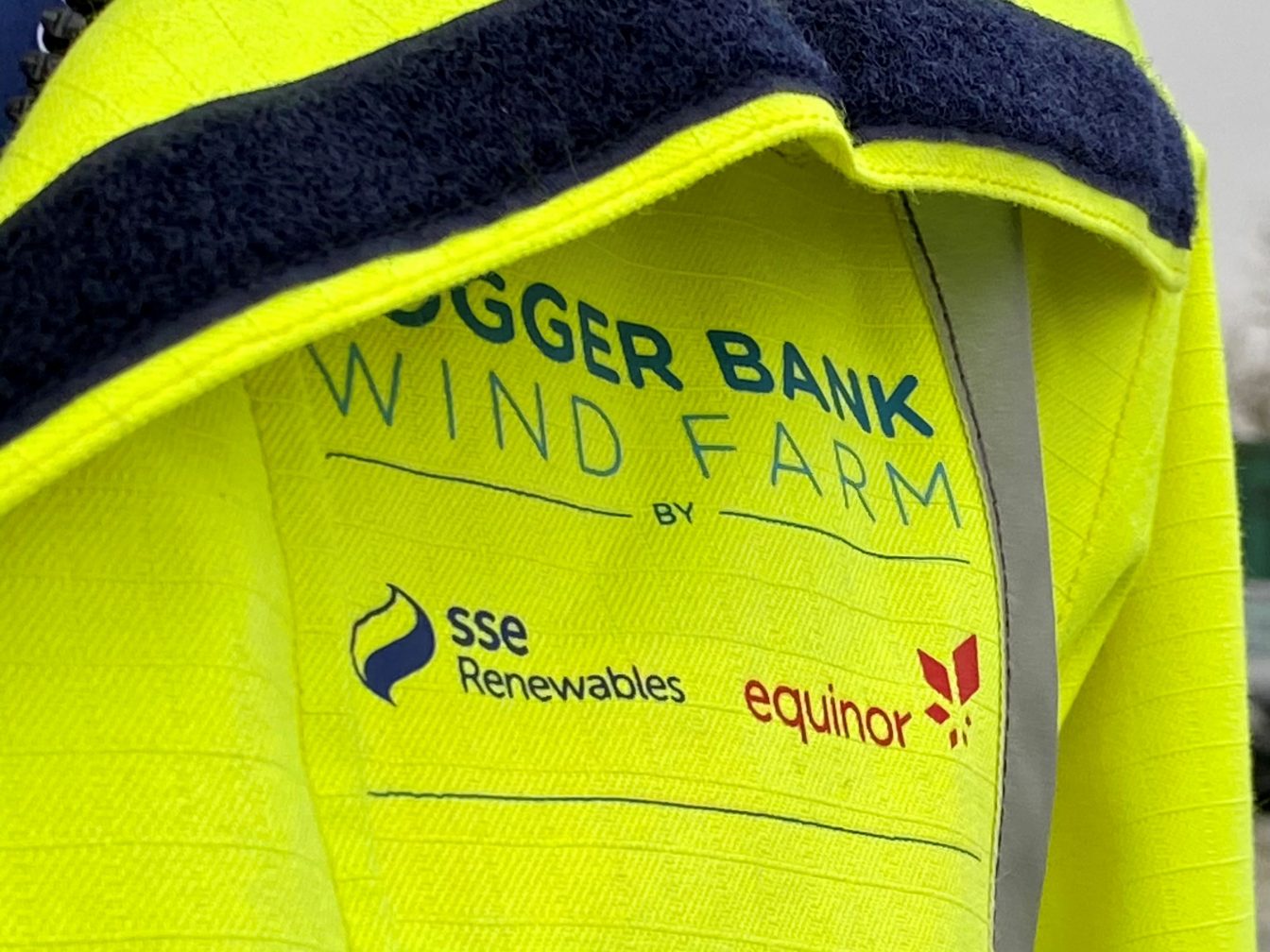 The project is a 50:50 joint venture with SSE Renewables leading on the construction phase whilst Equinor will lead on operating the wind farm for its lifetime of at least 25 years.

As the operating company, the Operations Director will work for Equinor, and will be based at the project’s new Operations and Maintenance hub at the Port of Tyne to lead on operations across all three phases of Dogger Bank.

Dogger Bank Wind Farm will be located over 130km from the North East coast of England, and when fully operational will be able to provide renewable energy to over 4.5 million homes, around 5% of the UK’s electricity needs. Due to its size the wind farm is being built in three 1.2GW phases; Dogger Bank A, B and C.

Halfdan Brustad, Vice President for Dogger Bank at Equinor, said: “This is an exciting position which combines the opportunity to shape the strategic operational direction for Dogger Bank and define sector-leading performance at the world’s largest wind farm. Another important element is the ability to really drive innovative and future-fit operations, taking advantage of digitalisation and robotics to improve profitability and safety. We want Dogger Bank to be a flagship digitalisation project, pioneering best in class across the sector.

“With both its size and distance from shore, Dogger Bank provides opportunities to really push the boundaries. We recently signed contracts with GE Renewable Energy for 13MW Haliade-X turbines for the first two phases of the wind farm, which will be the first time these models are installed anywhere in the world, and the project will also be the UK’s first HVDC connected offshore wind farm which will lead the way for other UK wind farms. There are many reasons to be proud working on the Dogger Bank.”

The role is now open for applications and the description can be found here: http://bit.ly/DoggerBankOperationsDirector

Equinor is looking for someone with solid experience and a strong strategic orientation with the ability to drive complex change agendas. The successful candidate will be able to demonstrate strong commercial instinct, curiosity, and a desire to take the offshore wind business to the next level.

Over 200 people will be directly employed on the project, with roles ranging from offshore technicians, who will be based at the wind farm to engineers, planners and warehouse staff based from the Port of Tyne.

Equinor is an international broad energy company, headquartered in Norway and with expanding operations in the UK. With a firm ambition to become a global offshore wind major the company has outlined plans to grow its renewables capacity by thirty times over the next 15 years.

As well as operating the world’s first floating wind farm, Hywind Scotland, it operates two wind farms off the Norfolk coast, Dudgeon and Sheringham Shoal and is currently developing plans to extend them both, doubling their capacity in Norfolk.

To find out more about careers at Equinor visit: equinor.com/careers 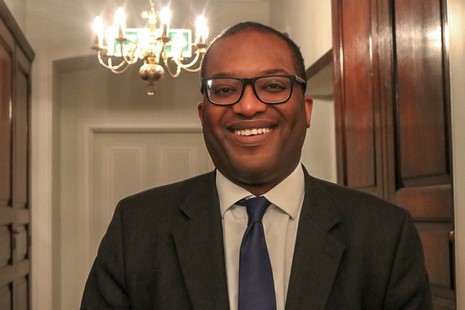 The Minister of State for Business, Energy and Clean Growth, Kwasi Kwarteng, will speak at the opening session of Offshore Wind North East 2020 next week.

The virtual event, which is organised by NOF and supported by the Dogger Bank Offshore Wind Farm, is billed as the place where the offshore wind sector meets to network and do business.

This year’s key themes will include energy transition and the role of offshore wind, the future of the floating market, Innovation and global offshore wind markets.

Speaking at the event, the Energy Minister is set to reaffirm the UK Government’s commitment to offshore wind after the recent announcement by the Prime Minister to invest £160m in ports and facilities in support of the sector. 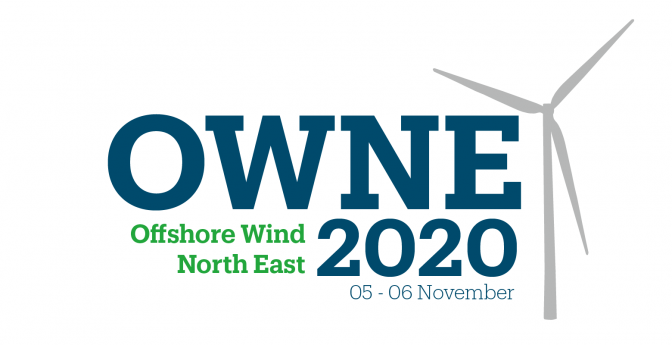 Offshore Wind North East, which is sponsored by Strategic Event Partners Dogger Bank Wind Farm and Sofia Offshore Wind Farm, along with Regional Event Partners, Invest North East England and Invest Tees Valley, will also provide a platform for the region’s supply chain with an online exhibition area showcasing the expertise, products and capabilities of a wide variety of companies and organisations.

James Ritchie, Chair of Energi Coast, said: “This will be the first time that the Offshore Wind Conference will be held as a virtual event, and it comes at a particularly exciting time for the Offshore Wind industry in the region.

“We welcome the Government’s commitment to the industry, and the recent announcement by the Prime Minister demonstrates the importance of offshore wind to the UK’s energy requirements. North East England is fully equipped to support the growth of the industry and play an instrumental role in the UK’s green recovery and net zero ambitions. We have the experience, expertise and track record to support current and future projects, which will be highly evident at Offshore Wind North East.” 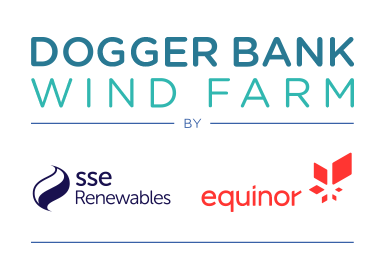 “Offshore Wind North East is a great chance for companies in the offshore wind sector to meet and discuss opportunities in order to take advantage of this rapidly-growing sector. We’re building the largest offshore wind farm in the world and by supporting this event we can help small, medium and large-scale businesses to both compete in the UK market and potentially become global leaders in offshore wind too.”

Sofia’s Project Director David Few said: “We are once again a Strategic Event Partner for OWNE2020 as it provides a great platform for RWE Renewables to signpost our projects and highlight opportunities, while bringing together suppliers from across the offshore wind supply chain and creating a lively marketplace for the whole sector. This is why we, in Sofia, see significant value in ensuring we have a strong presence and visibility.

“The world of virtual events is evolving but right now, when meeting face-to-face is just not possible, OWNE2020 will play a vital role in helping to keep our industry, particularly in the North East, connected and thriving.” 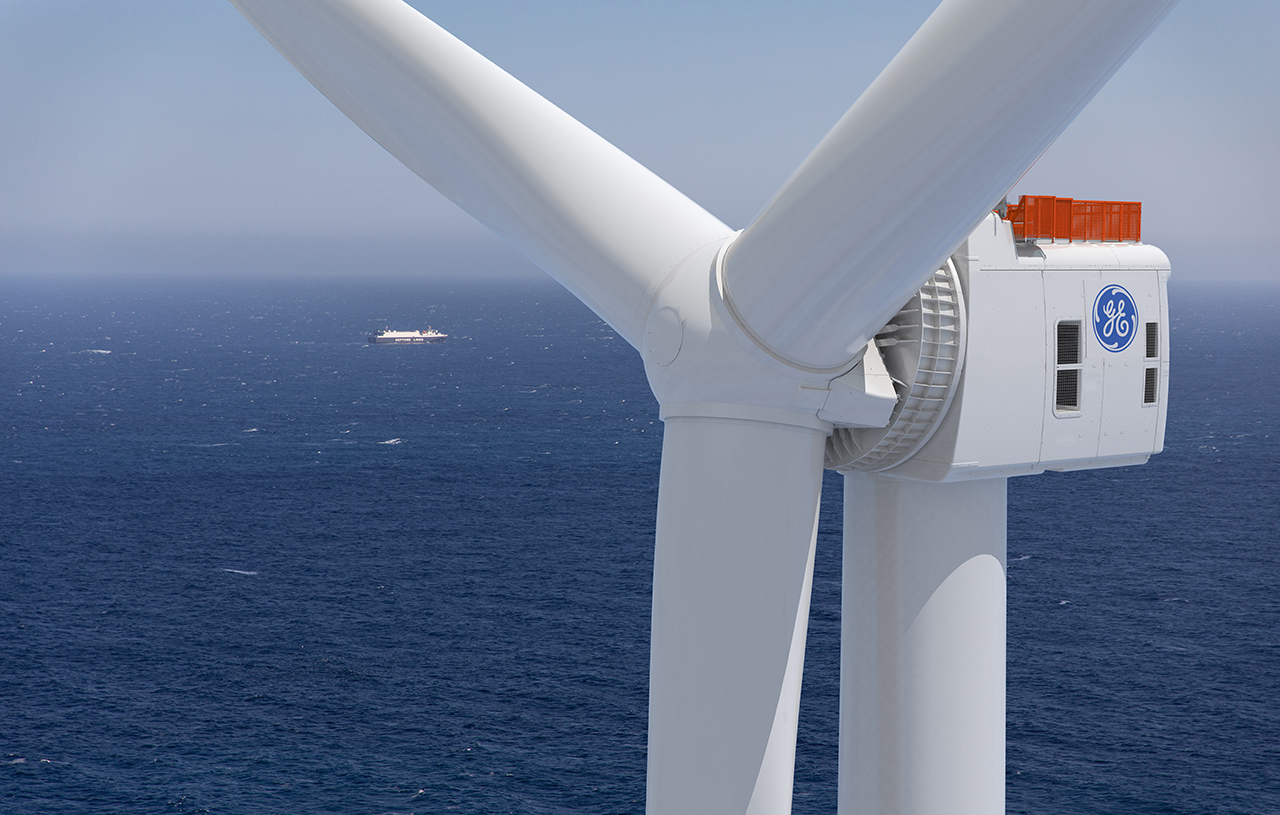 GE Renewable Energy’s Haliade-X prototype, which is to be used in the first two phases of the Dogger Bank Wind Farm, is now operating at a 13MW power output following optimisation. 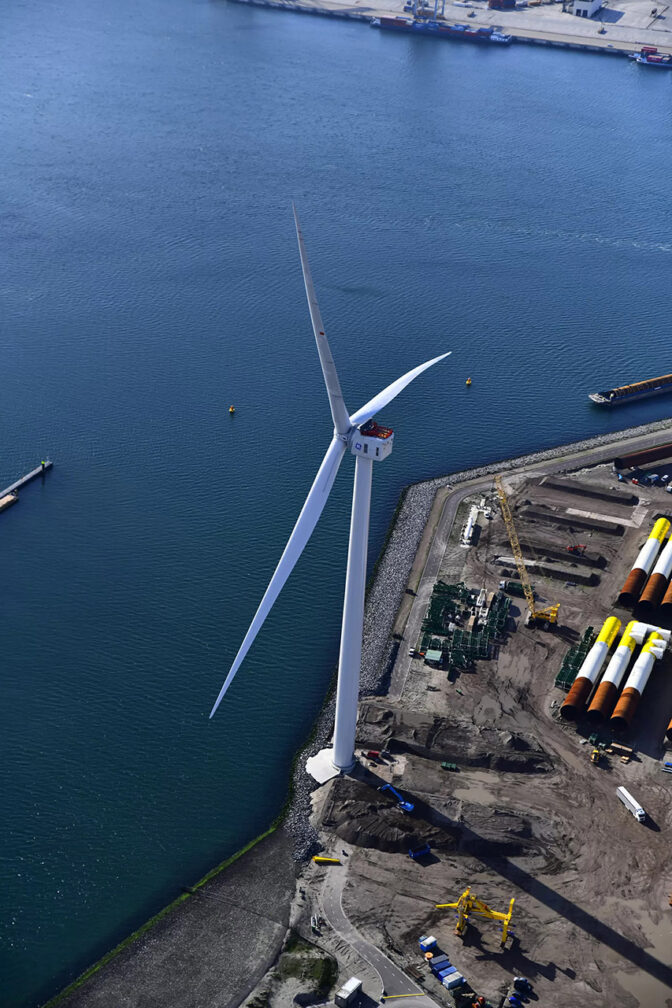 During the next few months, this prototype will undergo a series of tests to perform different types of measurements and obtain its type certificate.

The Haliade-X 13MW, which is an uprated version of the prototype that has been successfully operating in Rotterdam since November 2019, recently secured its provisional type certificate and set a new world record by generating 288 MWh in one day.

This uprated 13MW Haliade-X version will continue to feature 107m long blades and a 220m rotor, and will be able to generate 4% more Annual Energy Production (AEP) than the previous 12MW version of the prototype.

Vincent Schellings, Chief Technology Officer for Offshore Wind at GE Renewable Energy, said “With three years in the making, the Haliade-X platform has proven to be a successful story. Combined with almost 5GW of customer commitments and an international testing and R&D program, the 13MW uprated version is a true testament of how we continue to innovate and develop our Haliade-X technology to address our customers’ needs.”

The Haliade-X platform serial production will start in the second half of 2021 at GE’s Saint-Nazaire factory in France.

The Rotterdam-based prototype set a new world record in January 2020 by generating 288 MWh of continuous power in one day. It has also been recognised as the Best Sustainable Invention of the Year by TIME magazine (December 2019) and Best Wind Turbine of the Year (January 2020) by Wind Power Monthly magazine.

Steve Wilson, Dogger Bank Wind Farm’s Project Director at SSE Renewables, said: “These record-breaking turbines are once again demonstrating exactly why they’ve been selected for the world’s biggest offshore wind farm. This innovative technology will be installed for the first time in the world, on the first two phases of Dogger Bank Wind Farm. Not only will this mark a significant milestone for the offshore wind industry, it will also lead to the creation of skilled jobs to support the construction and maintenance of this ground-breaking project.” 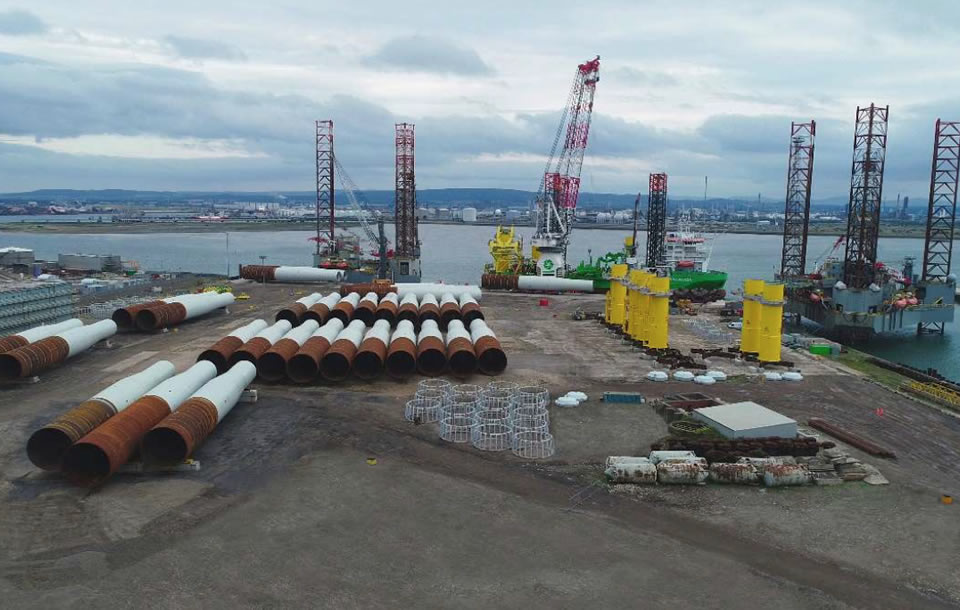 Dogger Bank Wind Farm has confirmed 190 of GE’s 13MW Haliade-X turbine will power the first two phases of the project, the largest single order ever for offshore wind turbines.

Able Seaton Port in Hartlepool, UK is confirmed as the marshalling base for service equipment, installation and commissioning activities – with the creation of 120 new skilled jobs during the construction phase and a further 120 skilled jobs to be based offshore and at the Port of Tyne for Operations and Maintenance of the wind turbines.

Sunday will be the final @hitachienergy transformer delivery this year by @_Allelys to our #EastRiding convertor station site
Thanks to @Humberbeat and @East_Riding for helping us achieve this milestone safely
Find out more: http://www.tinyurl.com/2p94wk6e

Find out how we've been working with @STyne_Council to provide valuable work experience for 300 students this week through our @springpod virtual #STEM career events @sserenewables @Equinor_UK @eni http://www.tinyurl.com/3xe9bwhu