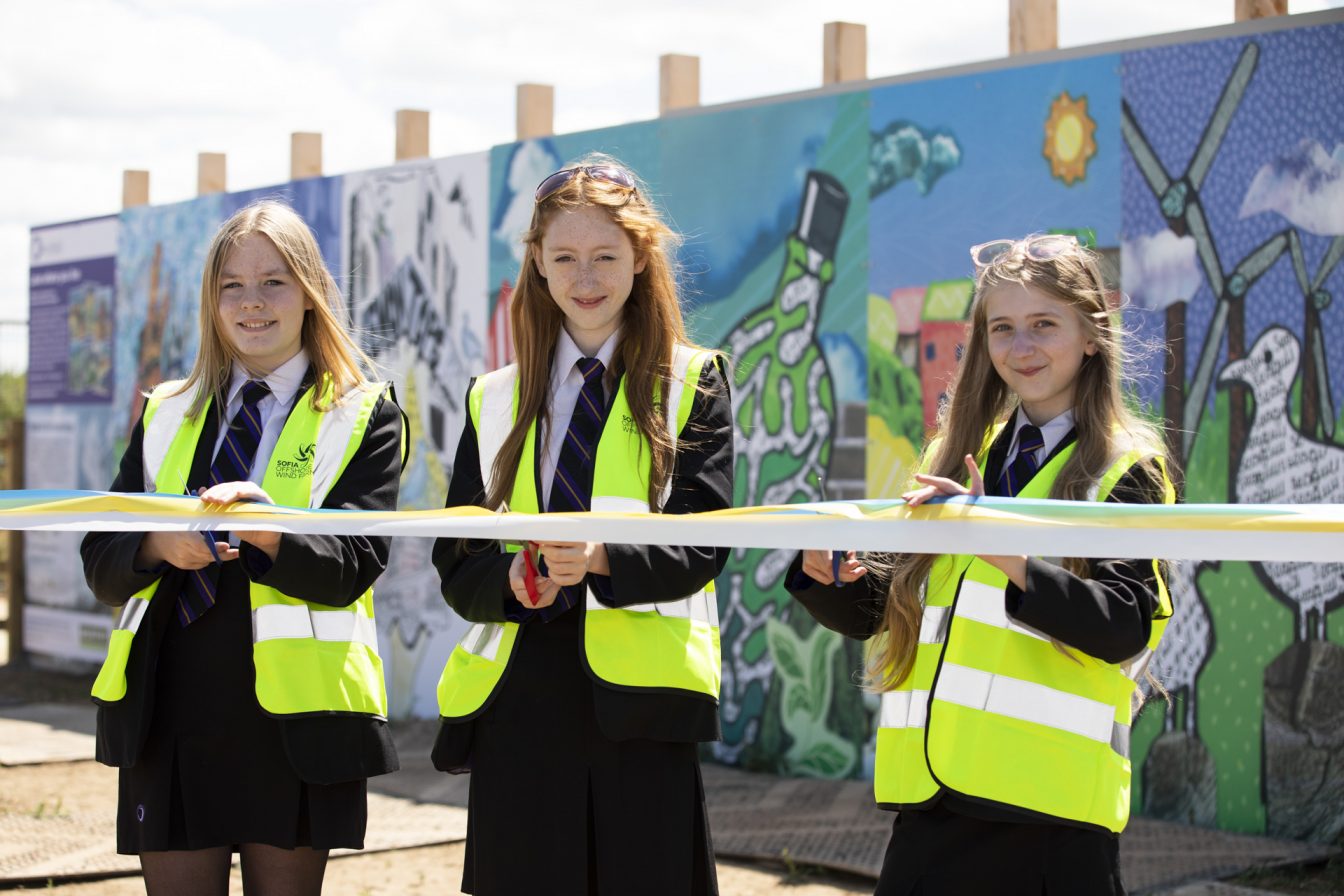 The offshore export cables of both Sofia Offshore Wind Farm and Dogger Bank C, the third phase of the Dogger Bank Wind Farm, will come ashore between Redcar and Marske-by-the-Sea, just 200 metres from the Academy.

The young artists responsible for the colourful design, Year 7 and 8 students Autumn Duffy, Rosie Gibson and Talia Hall cut the ribbon to mark the opening of the ‘gallery’ which covers the hoardings of the landfall construction site.

They had worked along with their art teacher Kelly Smith to produce seven stunning images under the theme, “Love where you live”, which include local landmarks such as the Redcar Beacon and icons including Lemon Tops.

The artwork will be in situ for the duration of the construction works.

Sofia is 100% owned by RWE and Dogger Bank Wind Farm is owned by SSE Renewables (40%), Equinor (40%) and Eni Plenitude (20%). The projects are cooperating closely due to their proximity and to reduce impacts on local stakeholders.

The separate wind farm projects are sited on Dogger Bank in the middle of the North Sea, more than 190 kilometres from the north-east coast of England. The power they produce will be transmitted by export cables that arrive on shore between Redcar and Marske-by-the-Sea, on Teesside.

A temporary power contract with @ManorRenewable is set to open up 20 new entry-level #GreenEnergy roles in the north-east of England
Find out more about Manor's plans to bring newcomers into the industry as they take on their biggest challenge to date: http://www.tinyurl.com/yy9927c3

Giant turbines, an innovative vessel and significant wave loads were just some of the challenges faced by UK designers at @WoodThilsted when they started work on the foundations for the world's largest #offshore wind farm
Find out more: http://www.tinyurl.com/4xc5j63f