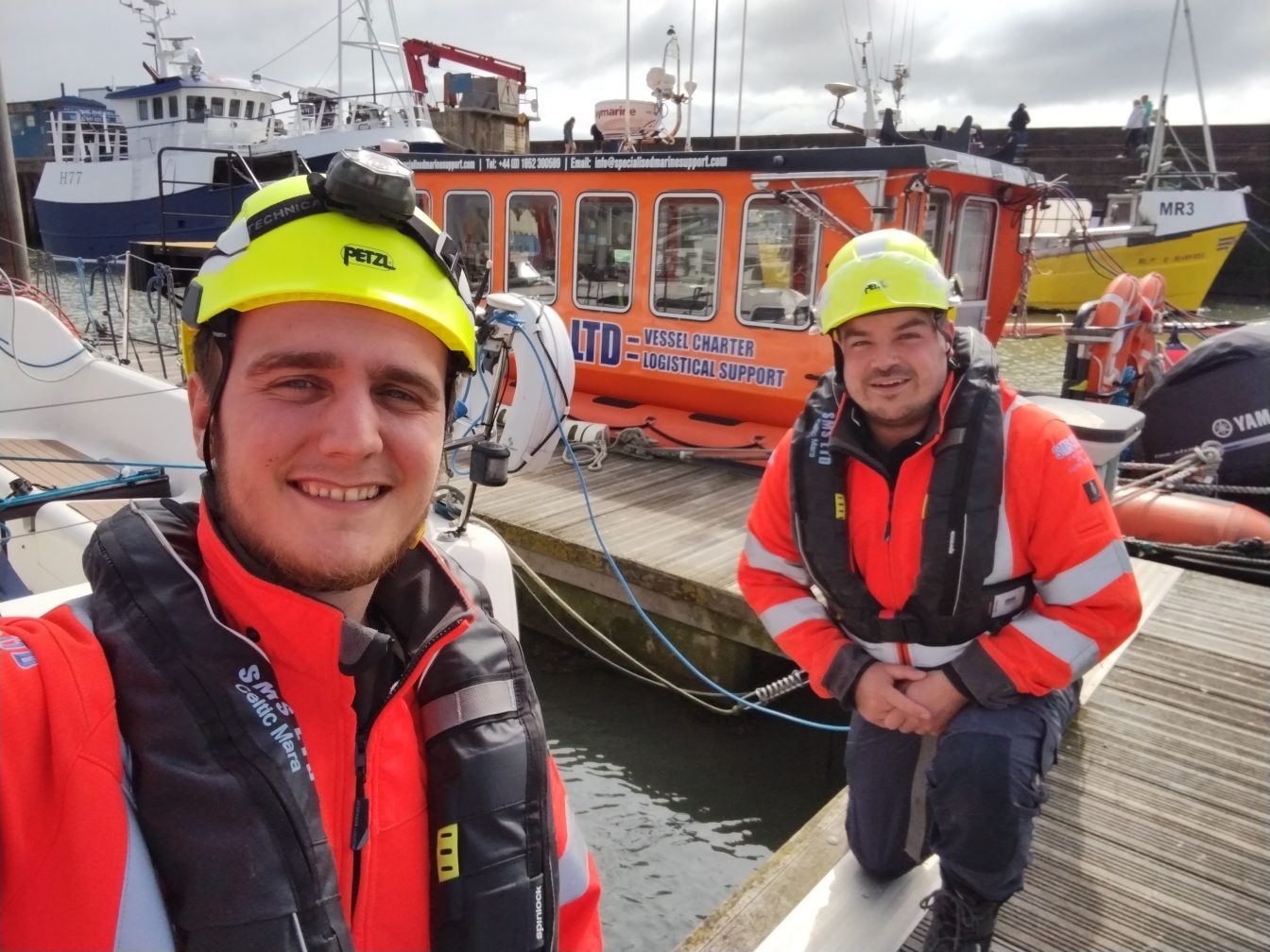 A marine support crew working on Dogger Bank Wind Farm rescued a young boy at the weekend, when he got into difficulty in water at Bridlington Harbour.

The two-man crew from Scotland-based SMS was returning to the harbour on Sunday, when they heard a splash on the opposite side of the pontoon.

Celtic Mara Skipper Chris Warren and Deck Hand Neil MacInnes, spotted a young boy clinging to side of the pontoon in a state of panic. Neil pulled the boy to safety while Chris prevented a ladder from a nearby yacht falling onto the boy’s head.

The team offered the little boy, aged approximately 7 or 8, thermal protection and reassurance before leaving him in the care of his family.

“We were happy to have been in the right place at the right time to reach out and help this little boy. When we got to him he was shocked, cold and shivery, but thankfully didn’t appear to have swallowed any water,” explained Chris.

“We didn’t see how he got into difficulty and while the water there isn’t that deep, the ground is thick with mud and the temperature of the water is enough to send you into a panic.

“As we’re all trained in health and safety, first-aid and marine rescue, having commercial boats in a harbour to support a wind farm development can offer an extra degree of resilience, in addition to the critical work already carried out by the local RNLI and independent lifeboat crews.

“In our work we come across quite a lot of people near water who aren’t wearing lifejackets, and perhaps don’t fully appreciate the hidden dangers of falling into cold water.

“ As experienced mariners we would advise anyone who is spending time near water to follow the advice given by the RNLI at www.rnli.org”

Dogger Bank Wind Farm, which is to be built more than 130km off the Yorkshire coast in the North Sea, is currently being developed in three 1.2GW phases: Dogger Bank A, B and C.

Chris and Neil are currently supporting Dogger Bank’s export cable provider, NKT and its sub-contractor ABCO, with crew transfers as they carry out inspection work on the nearshore cable route for A and B, adjacent to the landfall point at Ulrome.

“The crew’s quick actions undoubtedly prevented what could have turned out to be a very different day for the little boy.

“The safety of people working on our development and the surrounding communities is paramount on Dogger Bank Wind Farm. The Celtic Mara team perfectly embody that safety culture, and deserve to be recognised for demonstrating how to work swiftly, calmly and efficiently in a crisis.

“We hope the little boy involved is feeling much better. ”