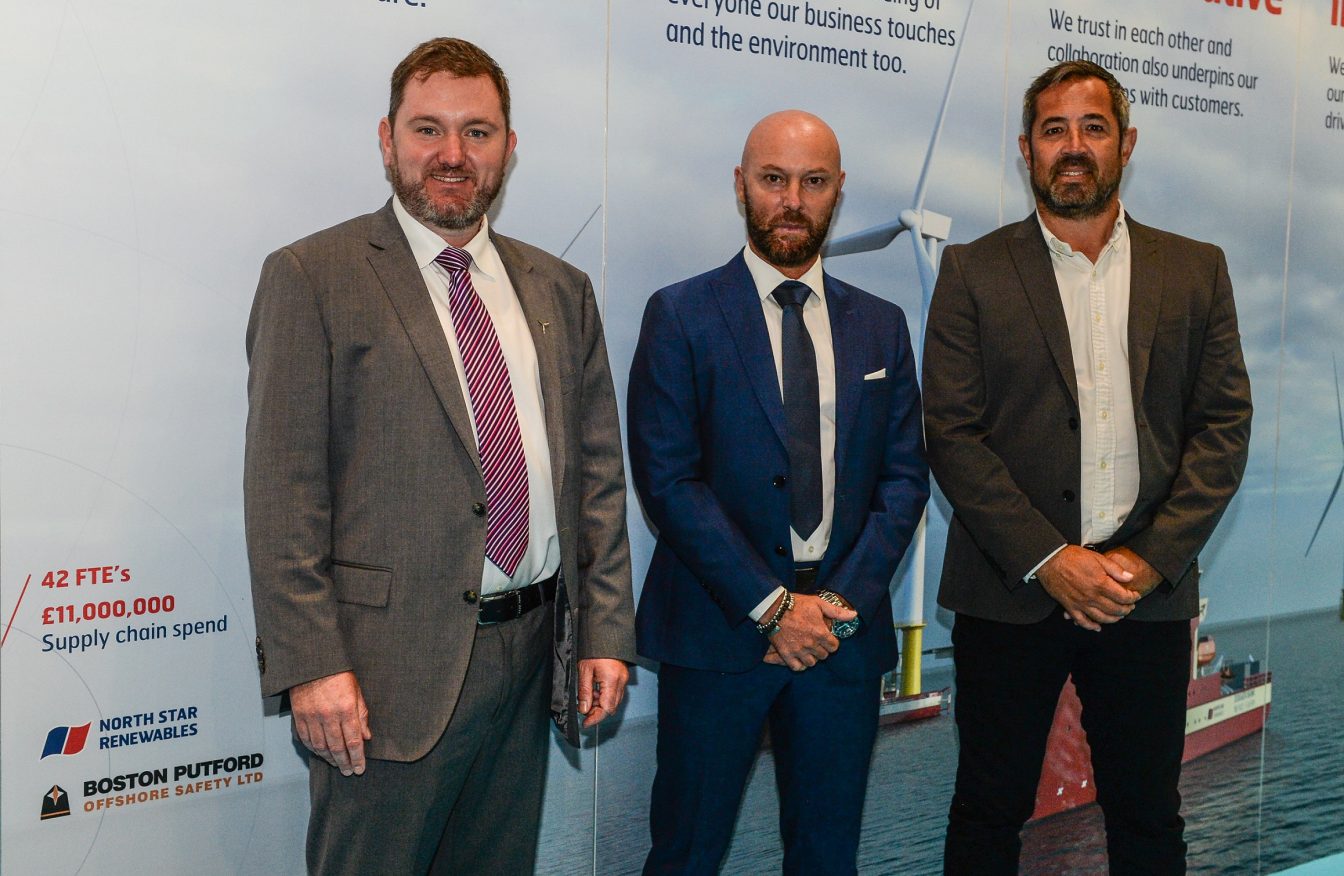 Following a competitive tender involving multiple UK shipyards, Alicat has been awarded North Star’s initial contract to bring its first two hybrid-powered daughter craft to the renewables market. The vessels, which boast low carbon emission potential, will utilise the game changing combination of diesel and electric outboards, a world first for this form of workboat.

Designed by Southampton-based naval architects Chartwell Marine in collaboration with North Star, the daughter craft will be used to safely transfer technicians from their accommodation onboard North Star’s service offshore vessels (SOVs), to work on the offshore wind turbines at Dogger Bank A and B. Dogger Bank A and B are a joint venture between SSE Renewables (40%), Equinor (40%) and Eni (20%). Dogger Bank C is a joint venture between SSE Renewables (50%) and Equinor (50%). SSE renewables is leading on the construction of the wind farm and Equinor will operate the wind farm for its lifetime of up to 35 years.

Once the third phase is completed and operational, it will become the biggest offshore wind farm ever built and able to generate around 5% of the UK’s electricity.

With bases in Aberdeen, Newcastle and Lowestoft, North Star has the world’s largest daughter rescue fleet and has been servicing the North Sea’s oil and gas sector for more than 40 years. It currently has 63 daughter craft within the existing fleet, managed and maintained by the two Rescue Boat divisions in Aberdeen and Lowestoft. North Star group includes 1,400 employees servicing more than 60 locations and mobile installations in the UK Continental Shelf.

The new hybrid propulsion daughter crafts include stabiliser technology ensuring the vessels will not only deliver reduced carbon emissions, but provide class leading comfort for the technicians on board whilst setting a new standard for safe operations. It has an increased sea state operability and safe transfer, tank tested at wave heights of up to 1.7m Hs – significantly higher than any alternative wind farm daughter craft.

The first daughter craft is being delivered 12 months ahead of schedule, under the build supervision locally of North Star Group’s Boston Putford division in Lowestoft. This will allow time for performance analysis and improvements, crew training and additional development ahead of the first of three SOVs arriving from summer 2023.

“We are very excited to announce Alicat as the chosen shipbuilder for our first next generation and new breed of sustainable, reliable, comfortable daughter craft fleet, configured specifically for the renewables sector. Alicat is a leader in its field and demonstrated the comprehensive technical knowledge as well as great craftsmanship and the project management skills required to deliver the first of our new fleet. We also have great confidence in their capabilities after they satisfied all the financial, commercial and QHSE criteria set out in the contract.

“We are very fortunate to have talented companies like Alicat on our doorstep in East Anglia and working with them aligns to our strategy of utilising UK businesses whenever possible to strengthen our services in our ambitions as the market leader in marine offshore wind infrastructure support in the UK, and abroad.”

“This multi-million-pound contract is a significant win for our business as it further establishes us on the renewables map as the first company in the world to build hybrid powered daughter craft, which is also the first offshore wind daughter craft to be built in the UK.

“Our involvement in testing and knowledge of the new breed of outboard propulsion packages has a significant role to play in the build of these innovative vessels.

“This is a great achievement for all the parties involved as well as for the local boatbuilding industry and supply chain which will support ongoing employment and open further opportunities for local employment and apprenticeships.”

“It’s great to see the impact Dogger Bank is having on the UK supply chain, and to see innovative companies like Alicat benefit from building the world’s largest offshore wind farm here. Innovation and sustainability are key areas of focus for the project and we are delighted the award of this contract demonstrates both.”

North Star will be commencing a recruitment programme for new seafarers in the next six months. The firm is looking to hire around 130 onshore and offshore personnel from across the UK to support the Dogger Bank project.