A tail of the world’s largest offshore wind farm 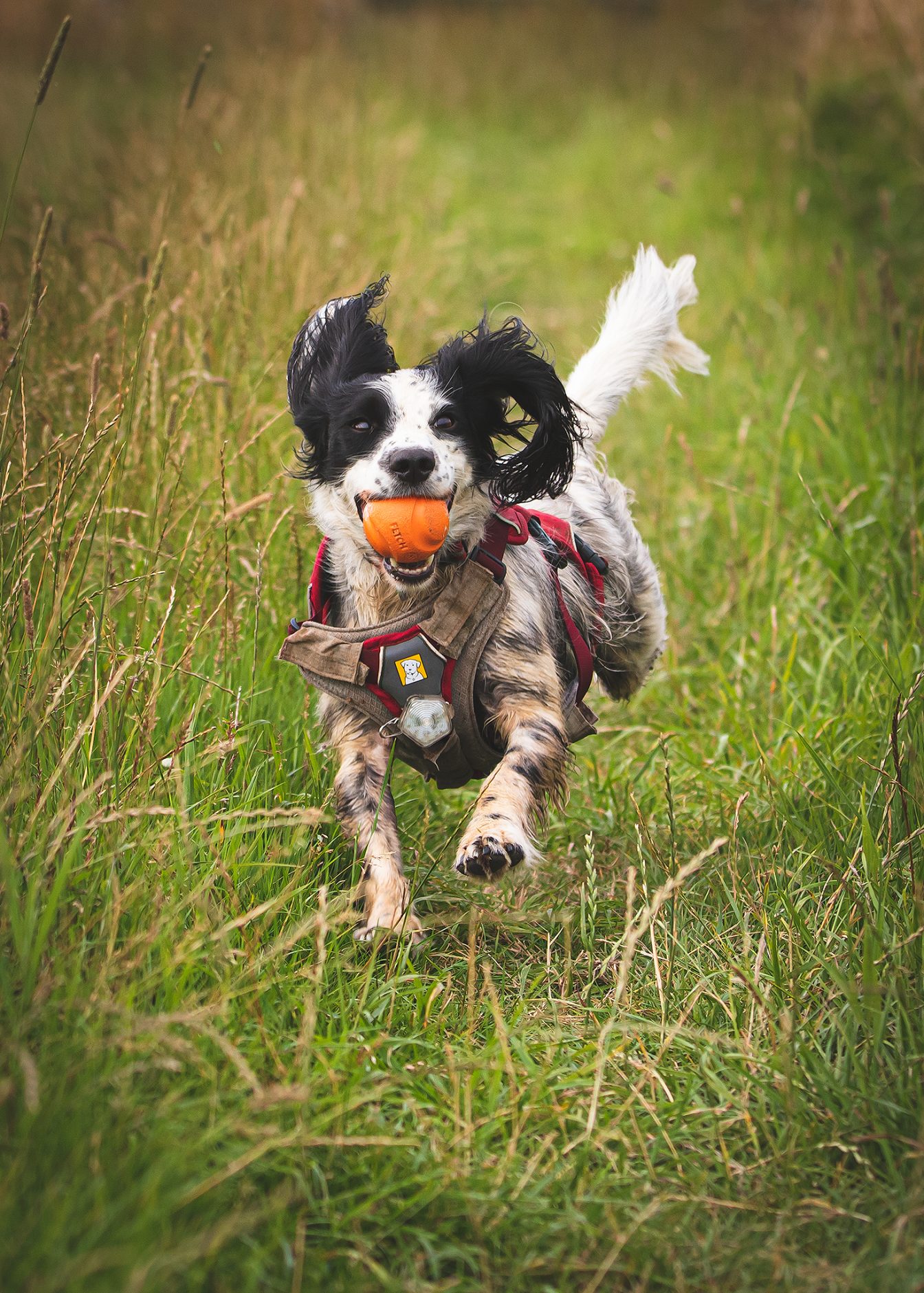 While technology is the answer to most of life’s challenges these days, the world’s largest offshore wind farm has been discovering there are times when only a four-legged friend will do.

The team at Dogger Bank Wind Farm has been going mutts for five-year-old Lola the Sprocker Spaniel, who’s been helping the project sniff out water voles on the 30km cable route in East Riding of Yorkshire.

Water voles are a protected species, commonly found living in watercourses and drainage ditches, and are similar-looking to the brown rat but with a blunt nose, small ears and a furry tail.

“As a responsible developer we use a range of techniques to identify wildlife along our construction routes, so we can take measures to protect them from harm,” explained Consents Team Manager Jonathan Wilson.

“This is the first time we’ve used specially-trained ecology dogs on our sites and Lola was certainly very popular with our on-site team. She positively identified three areas where water voles were present, especially in the hard-to-reach areas and with minimal disturbance to the surrounding habitat.

“Now we’ve found them, our water vole specialist is able to ensure the voles are kept safe during our construction activities following strict guidance under a licence issued by Natural England.

“After the work has finished and we’ve moved on, we would normally expect the water voles to continue life as before.”

Who says you can’t teach an old dog new tricks?

Detection dogs have been widely used for a number of years to find substances, with their acute sense of smell. But their use in detecting water voles is something that’s only been developed in the last seven years, and was pioneered by Ecologist Dog Handler, Ali Charnick.

“I’ve been training and working with water vole detection dogs for the last seven years and I have to say Lola particularly enjoys this work. She can cover large areas really quickly and efficiently,” explained Ali, from Ecology Dogs, the world’s only provider of this service.

“She’s an active Spaniel and loves to work, has an incredibly good nose and finds the work fun and easy. Her tail doesn’t stop wagging when she’s working and of course she gets a lot of welcome attention from the teams we work with.

“Lola and I have worked on other sites and in similar habitats in Yorkshire, but we’ve never worked on the world’s largest offshore wind farm so that’s very exciting for us and very nice.

“I’m a self-confessed renewable energy nerd too so I was very excited when I got asked to work on it. From a personal point of view it’s been a real privilege.”

Using the most powerful turbines in operation and generating renewable energy for 6 million UK households, Dogger Bank Wind Farm is far from an underdog. In fact these world-leading turbines have blades as long as nine and a half buses back-to-back, and can generate enough renewable electricity to power a UK home for over two days, with just one spin. Find out more about our record-breaking turbine order here.