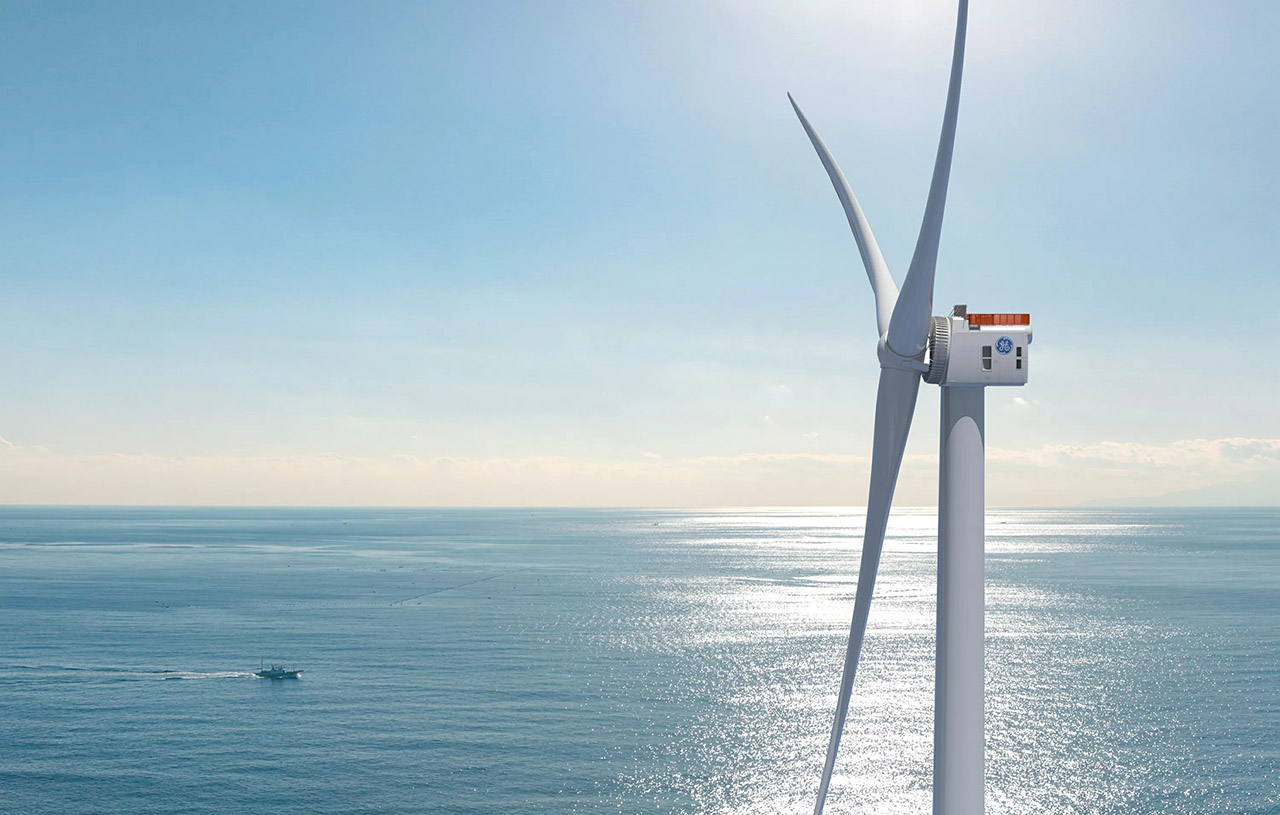 Located over 130km off the north east coast of England, Dogger Bank Wind Farm is being built in three 1.2GW phases and will be the largest offshore wind farm in the world when operational, with an overall capacity of 3.6GW.

The first two phases, Dogger Bank A and B are being constructed at the same time while the third phase, Dogger Bank C, is being developed on a different timescale.

Subject to regulatory and lender approvals Eni will enter the joint venture with a 20% stake in Dogger Bank A and B, equivalent to 480MW across these two phases when the transaction is complete in early 2021. The combined value of the equity consideration is GBP £405m, subject to adjustments for interest on closing, or GBP £202.5m to both SSE Renewables and Equinor for each 10% stake.

There is no change to the ownership of the third phase, Dogger Bank C, in which SSE Renewables and Equinor each have a 50% stake.

Dogger Bank Wind Farm Project Director, Steve Wilson, said: “We and our existing partner Equinor look forward to welcoming Eni into our strong partnership. With all Tier One contracts finalised, and a record £5.5 billion project financing announced last week, everything is now in place to deliver on the first two phases of this world-leading project. The high level of interest we received from companies wanting to be part of the project demonstrates both the strength of the business case and the progress we’ve already made on the road to building the world’s largest offshore wind farm. We warmly welcome Eni to the Dogger Bank team and look forward to working with them on our ground-breaking venture.”

Claudio Descalzi, Chief Executive Officer of Eni, said: “For Eni, entering the offshore wind market in Northern Europe is a great opportunity to gain further skills in the sector thanks to the collaboration with two of the industry’s leading companies, and to make a substantial contribution to the 2025 target of 5GW of installed capacity from renewables, an intermediate step towards the more ambitious target of zero net direct and indirect greenhouse gas emissions in Europe by 2050.”

Investment in the first two phases of the project has already secured the creation of 320 new skilled jobs for the North East of England associated with the development and operation of the wind farm, with more to come as construction ramps up.

Dogger Bank Wind Farm will be the first project to use the largest commercially available turbines in the world, the 13MW GE Haliade-X. When fully completed in 2026, each phase of Dogger Bank Wind Farm will be able to produce 6TWh of renewable electricity, totalling 18TWh annually – enough to supply 5% of the UK’s demand and equivalent to powering six million UK homes each year*.

Dogger Bank Wind Farm was awarded exclusive development rights for fifty years in 2010 by The Crown Estate as part of its third seabed licensing round. The project secured planning consent in 2015.

It is being built in three phases: Dogger Bank A, B and C.

Located in the North Sea, with each phase more than 130km from the Yorkshire Coast.

A total of 320 skilled jobs for the North East of England associated with the development and operation of Dogger Bank Wind Farm have been announced so far.

This includes 120 skilled jobs at marshalling harbour Able Seaton Port in Hartlepool during construction, and 200 skilled jobs to be based offshore and at the Port of Tyne for Operations and Maintenance of the wind farm once operational.

Dogger Bank A and B has confirmed GE’s 13MW Haliade-X as the turbine powering the first two phases of the project, representing the first-ever install of what is the world’s largest wind turbine.

One rotation of the Haliade-X 13MW blades can power one UK home for more than two days.

The wind turbines will be installed on monopile foundations.

The project will be the first High Voltage Direct Current (HVDC) connected wind farm in the UK due to its distance from shore.

SSE Renewables owns nearly 2GW of operational onshore wind capacity. Its 1,459MW hydro portfolio includes 300MW of pumped storage and 750MW of flexible hydro. Its operational offshore wind portfolio consists of 487MW across two offshore joint venture sites, Beatrice and Greater Gabbard, both of which it operates on behalf of its asset partners.

Equinor is the UK’s leading energy provider and supports the UK economy by investing billions in crucial energy infrastructure, working with over 700 suppliers across the country. Its energy supplies from Norway meet more than one quarter of the UK’s demand for natural gas and around one fifth of its demand for oil, both produced with one of the lowest carbon footprints in the industry. It operates the Mariner oil field, one of the largest and most digitally advanced offshore investments in the UK over the last decade, and is progressing Rosebank, the largest undeveloped field in the UK.  Both projects support hundreds of jobs and economic activity in Scotland.

Equinor also operates two offshore wind farms off the East Coast of England, Dudgeon and Sheringham Shoal. It is a pioneer in floating wind technology with Hywind Scotland, the world’s first floating wind farm off the coast of Peterhead, which is partnered with Batwind, the world’s first battery for offshore wind. And with its partner SSE Renewables, Equinor is building the largest offshore wind farm in the world, Dogger Bank, off the North East coast of England. It is also a leader in both carbon capture utilisation and storage (CCUS) and hydrogen, and is developing a number of projects in Europe, including in the Humber and Teesside regions of North East England.

Eni is an energy company operating in 66 countries worldwide and employing around 32,000 people. The company operates in oil and gas exploration, development and production, refining and marketing, trading and shipping, chemical, renewable energies and innovative solutions in circular economy. Eni’s mission is inspired by the UN 2030 Agenda and these values are reflected in its business model, itself based on three pillars of long-term carbon neutrality, operational excellence and the creation of alliances for local development.

The new Eni is based on efficiency, integration and the deployment of new technologies. Decarbonisation is structurally embedded in our overall strategy and ambitions and in Sustainalytics’ last update as of September 2020, Eni has achieved an ESG Risk Rating score of 25.7, ranking in the top 3% amongst its peers in the Energy Sector.

Eni has set the next intermediate target for renewables in 2035, when the company will generate 25 GW of installed capacity from renewable sources.

Eni is active in the UK as operator of the Liverpool Bay Area project in NW England, for which it was recently awarded a CO2 appraisal and storage licence by the Oil and Gas Authority.

Eni, together with BP, Equinor, National Grid, Shell and Total, has formed the Northern Endurance Partnership (NEP), with BP as operator. The partnership aims to develop offshore CO2 transport and storage infrastructure that will serve the two decarbonisation projects of the industrial clusters of NE England: Net Zero Teesside (of Which Eni is partner, and Zero Carbon Humber.

The two projects plan the combined capture and storage of climate-changing emissions from industrial sites and power plants, and the development of market for low emission hydrogen production (blue hydrogen).

UK authority consider this kind of project vital to support the Country’s effort to cut by 50% industrial emissions by 2030, while at the same time providing new jobs for the local communities.