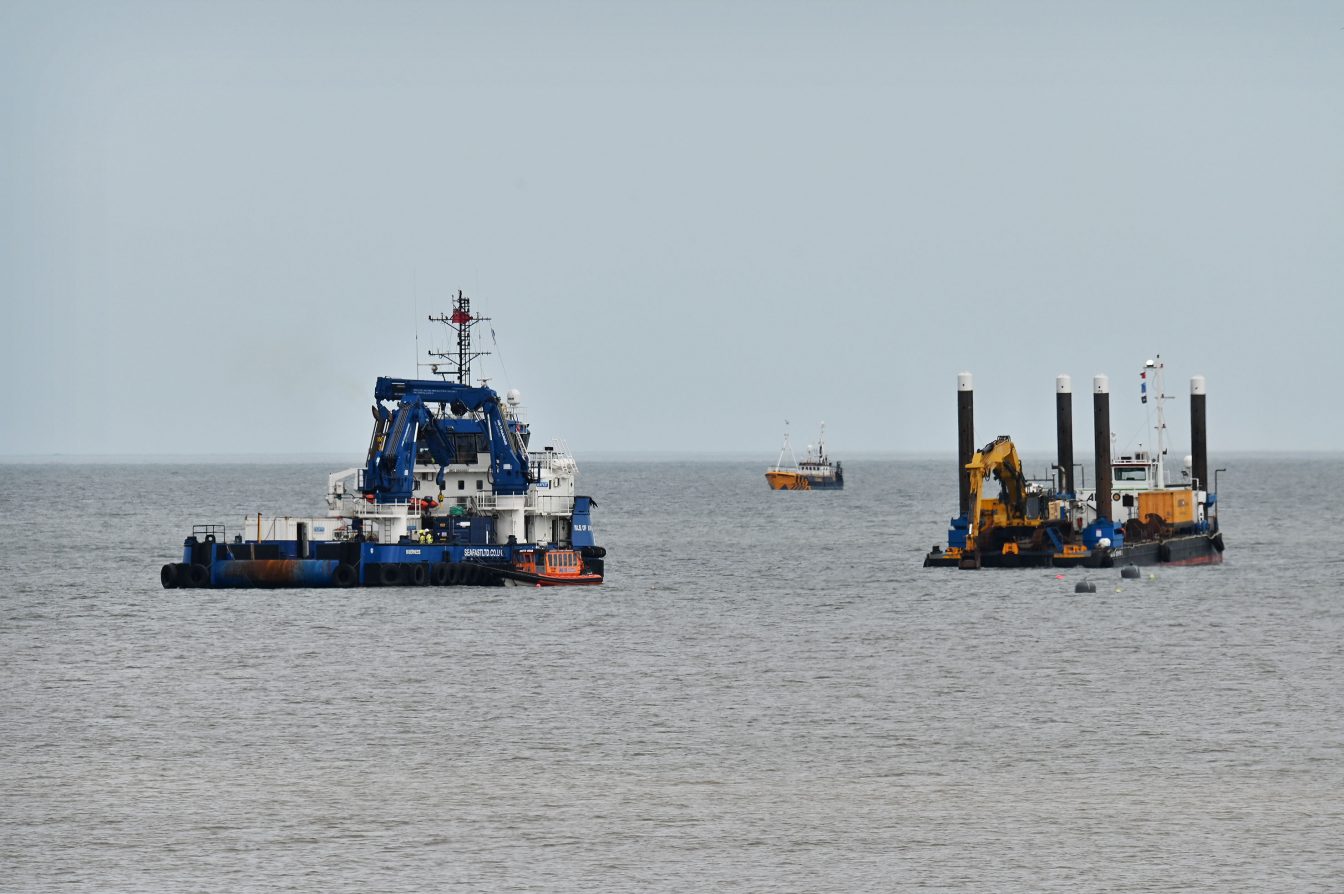 The team building Dogger Bank Wind Farm has officially marked the start of its offshore construction work with the installation of the first length of HVDC export cable off the Yorkshire coast.

Tier one supplier NKT is leading the work to install the Dogger Bank A nearshore cable, that will connect the first phase of the windfarm more than 130km off the coast to a landfall point at Ulrome, in East Riding of Yorkshire.

Aberdeenshire-based ACE Winches and LMR Drilling UK Ltd of Birkenhead are among the companies supporting NKT with this work.

The campaign will continue during 2022, with work starting on the export cables for Dogger Bank B in East Riding, and Dogger Bank C on Teesside, in the consecutive years.

Dogger Bank Wind Farm will be the first HVDC connected wind farm in the UK, paving the way for other UK wind farms and suppliers to build on our experience transmitting renewable energy safely and efficiently across long distances while minimising potential losses.

“This is an exciting time for everyone involved in this project as we celebrate installing the first nearshore HVDC export cable safely and on-time.

“With the first foundations due to be installed later this year and the first turbines scheduled for installation in 2023, we’re now well on our way to achieving first power from this unrivalled global renewable energy asset.

“I’d like to extend my thanks to all those who’ve worked incredibly hard to reach this major offshore milestone.”

Dogger Bank Wind Farm is being built in three phases known as A, B and C. The project is a joint venture between SSE Renewables (40%), Equinor (40%) and Eni Plenitude (20%).

NKT will supply and install the onshore and offshore HVDC cable for all three phases of the project. The company will use its cable-laying vessel NKT Victoria to install the 320kV DC subsea cable system in the challenging North Sea conditions.

“As a long term high-voltage DC technology partner to Equinor, Eni Plenitude and SSE, NKT is excited to have reached the installation phase of the Dogger Bank A near shore cables. The overall project is key for the continued European focus on increasing the use of renewable energy sources and we look forward to successfully completing the cable installations”.

“It has been a fantastic project to be involved in, with the HDD landfalls forming a small but crucial part of the overall project linking the offshore power generating system with the onshore grid.  It is great to see the first of the cables being installed into these landfall ducts, another step in the ongoing decarbonisation of UK power”.