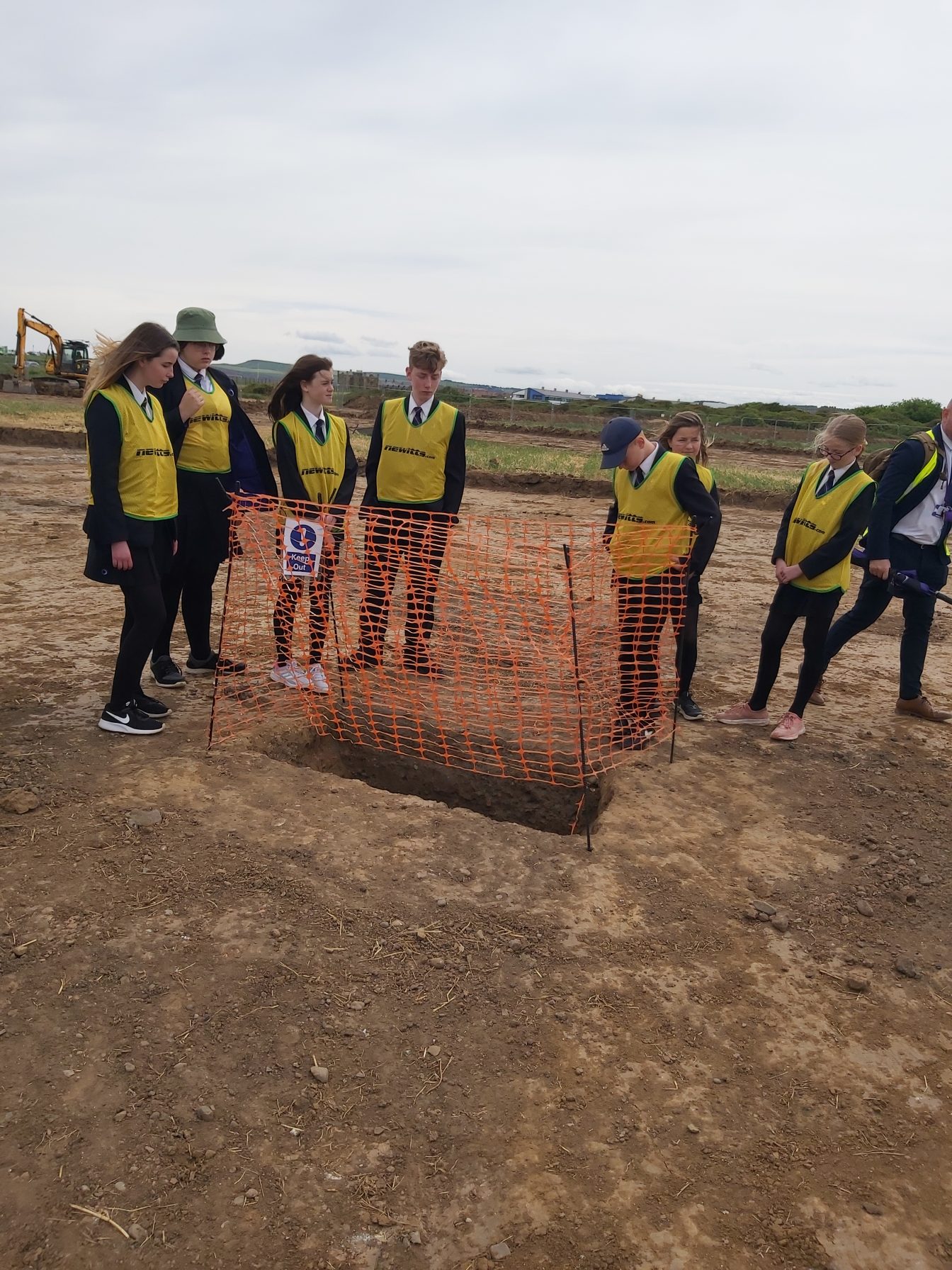 History students from Outwood Academy Bydales in Marske-by-the Sea got a glimpse of their local area’s past when they visited an archaeological dig being carried out for two giant offshore wind energy projects.

Twenty year 8 students walked only 200 metres from their school to see the World War I practice trenches uncovered by Durham University’s Archaeological Services (DUAS) as part of the pre-construction survey being carried out for Dogger Bank C and Sofia Offshore Wind Farm.

The separate wind farm projects are sited on Dogger Bank in the middle of the North Sea, more than 190 kilometres from the north-east coast of England. The power they produce will be transmitted by export cables that arrive on shore between Redcar and Marske-by-the-Sea, on Teesside.

Despite different ownership – Sofia is owned by RWE Renewables while Dogger Bank C is the third phase in the wider Dogger Bank Wind Farm project and is owned 50/50 by SSE Renewables and Equinor – the projects are cooperating closely due to their proximity and to reduce impacts on local stakeholders.

Archaeologists from Durham University talked to students about the archaeological works on the site, why they are necessary for an offshore wind farm and how the information is recorded and analysed.

History teacher Gemma Green was able to give them details about why the more than 100-year-old trenches were there and the wider historical context. During WWI, the area was an airfield, set up as a ‘finishing school’ for pilots to learn combat flying.

“What an opportunity to witness WW1 history on our doorstep” said Gemma.

“We usually associate trenches with Northern France and Belgium but this gave our students and staff the chance to uncover that soldiers practiced digging trenches here in Marske before heading to the Western Front. This really brought history to life.”

The site near the landfall is now a modern housing estate known as The Landings, with streets named after people and aircraft connected with World War II, despite the airfield not being used during that conflict.

“It is great these offshore wind projects provided the opportunity to uncover the remains of WWI in the area, and we are really pleased that local children have been able to visit and see for themselves.”

“It’s exciting to be able to unearth fragments of history as we build the future energy infrastructure for UK homes and businesses. We were delighted to be able to share this experience with pupils from Outwood Academy Bydales and bring their history textbooks to life right on their doorstep.”