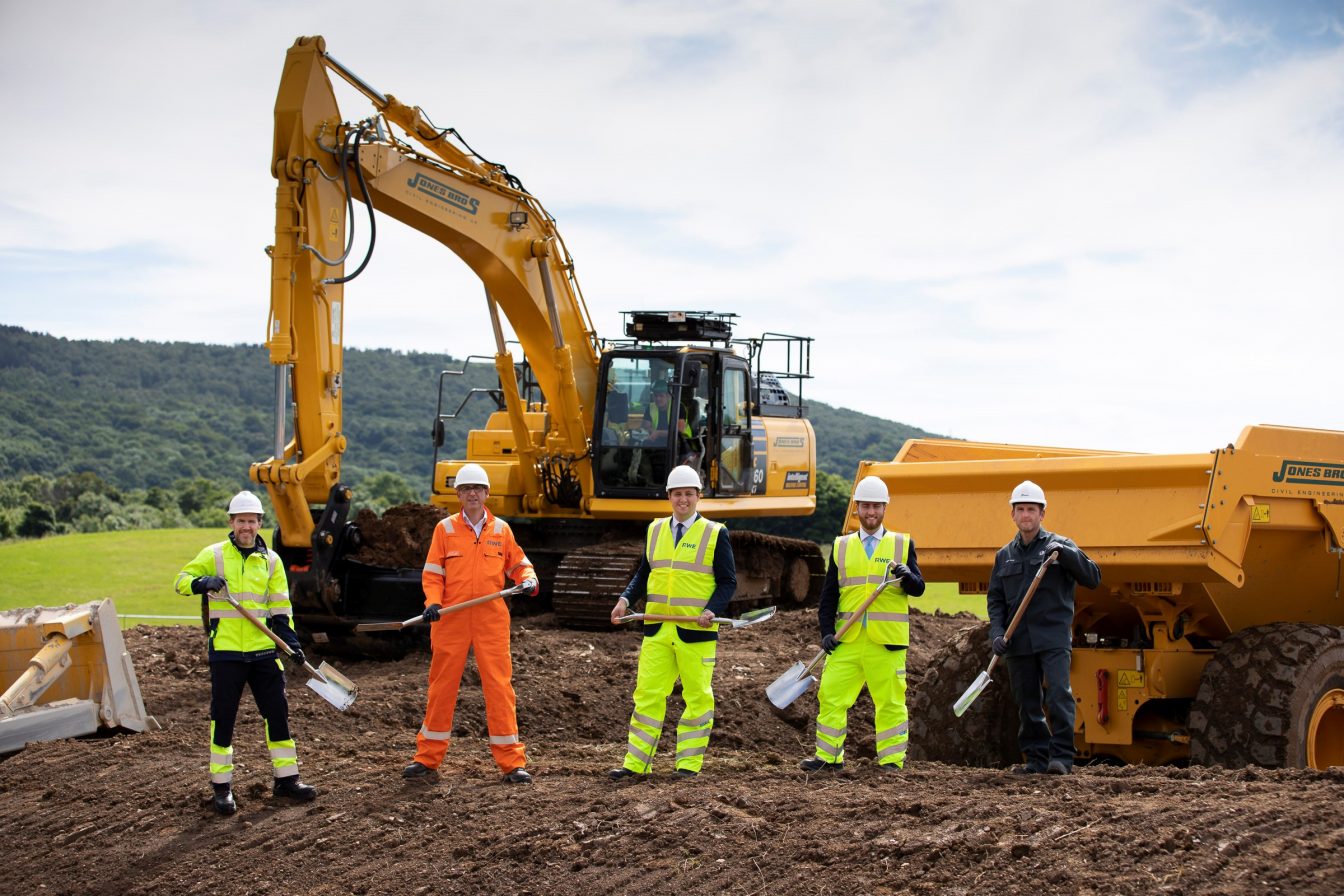 The two neighbouring wind farm projects are working together in an innovative way to ensure minimal disruption to businesses and communities on Teesside.

The Mayor and MP joined management representatives from both projects plus from landowner Sembcorp Energy UK at the site of the onshore converter stations, adjacent to Wilton International, to officially kick-off the work and have an early tour of the site.

The Jones Bros works will include providing a level load-bearing stone platform for the converter stations; two new accesses to the site with associated bellmouths; welfare and laydown areas; drainage system, and associated utilities.

North Wales-based Jones Bros started work on the land-based infrastructure for the first two phases of Dogger Bank Wind Farm last year, and has recently increased its team to 90 as work starts on the installation of 80 miles of underground cables from Ulrome to the onshore convertor station near Beverley.

On Teesside, between 25 and 30 Jones Bros workers will be on the site at any one time on behalf of Sofia Offshore Wind Farm and Dogger Bank C.

“For generations Teesside has been known the world over for our steel, engineering, and processing skills, now we are leading the way in offshore wind and developing the next generation of fuels, such as hydrogen. Projects like the Sofia and Dogger Bank offshore wind farms are critical if the government is to hit its ambitious target for the UK to be net zero by 2050, and Teesside is playing a key role.

“Today’s ground-breaking is the culmination of hard work, dedication, and commitment by so many people and symbolises a significant step forward on our path to net zero and the thousands of good-quality, well paid jobs the clean energy revolution will create right here in Teesside.”

“As responsible developers working in the same area, we’re committed to ensuring the impact on local businesses and communities is minimal.  We were delighted that Tees Valley Mayor Ben Houchen and Andy Koss of Sembcorp Energy UK joined us on-site today to mark the start of this work by UK-based Jones Bros.  The event marks an important milestone for both developments and demonstrates great progress for the future of green energy in the UK.”

“As responsible developers working in the same area, we’re committed to ensuring the impact on local businesses and communities is minimal.  We were delighted that Tees Valley Mayor Ben Houchen and Andy Koss of Sembcorp Energy UK joined us on-site today to mark the start of this work by UK-based Jones Bros.  The event marks an important milestone for both developments and demonstrates great progress for the future of green energy in the UK.”

“Following the groundworks undertaken by Sembcorp Energy UK, it’s fantastic to see this next stage of the project now underway. Teesside is becoming an important hub for the offshore wind sector, due to its industrial and manufacturing heritage, experienced workforce, and location. We are well equipped and ready to deal with major infrastructure projects such as this, and proud to facilitate sustainable solutions that will help the UK reach its Net Zero target.”

“The official start of onshore construction is a culmination of many years of planning and development and testament to a huge effort, so it was a pleasure to be able to welcome Tees Valley Mayor Ben Houchen to site today. But it is also the start of an intense period of activity and we look forward to our continued positive working relationship with Dogger Bank C, Sembcorp Energy UK and all our contractors and stakeholders over the coming years.”

The work to construct both the converter stations will take around four years and is due to be completed in 2025.