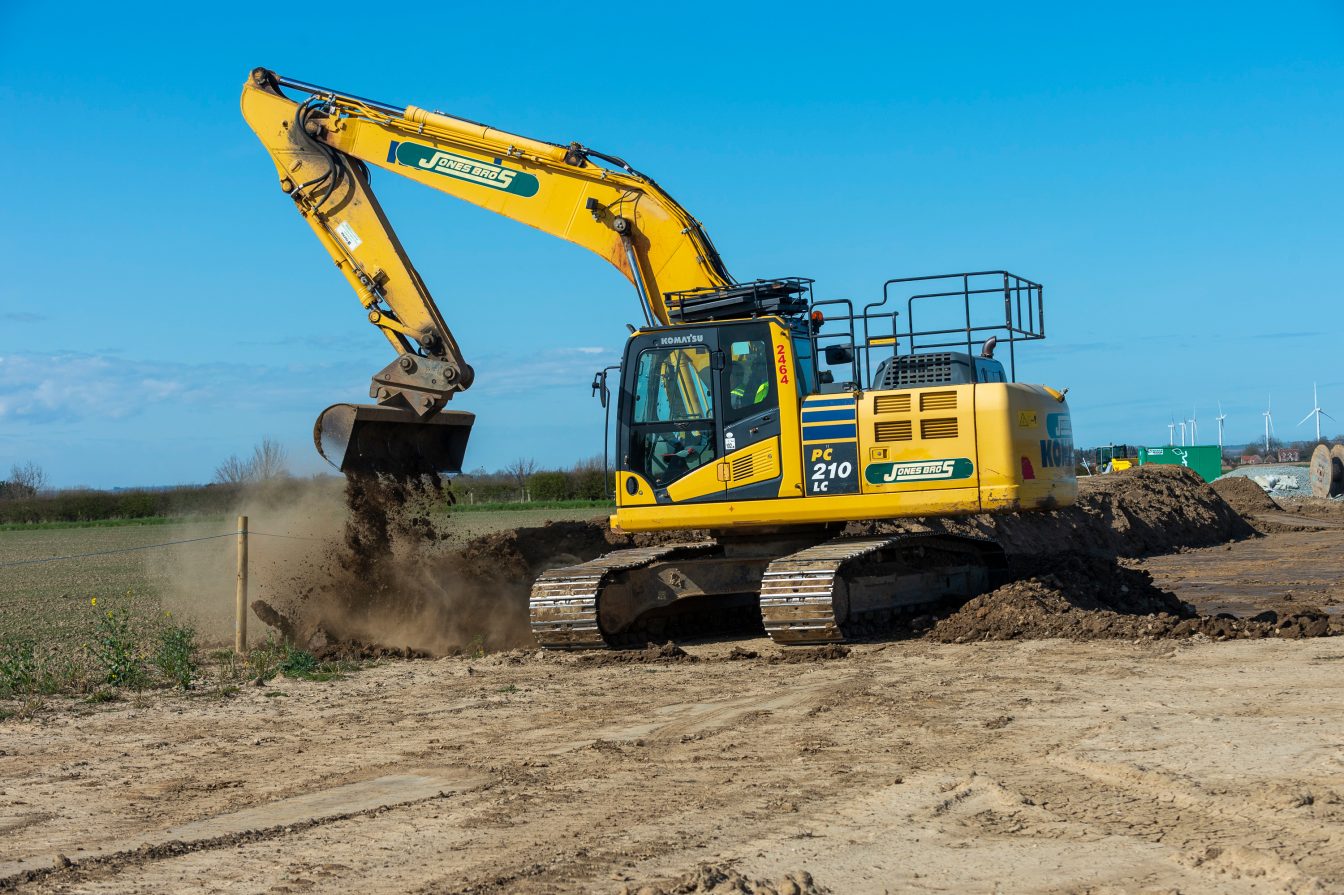 Jones Bros Civil Engineering UK has been appointed to deliver the enabling works package for the onshore convertor station platforms for the third phase of Dogger Bank Wind Farm, in a joint contract with neighbouring Sofia Offshore Wind Farm.

Jones Bros has been engaged by RWE’s Sofia Offshore Wind Farm, to manage the works on behalf of both Sofia and Dogger Bank C to minimise disruption to those living or working near the site.

The Jones Bros works will include providing a level load-bearing stone platform for the converter stations; two new accesses to the site with associated bellmouths; welfare and laydown areas; drainage system, and associated utilities.

North Wales-based Jones Bros started work on the land-based infrastructure for the first two phases of Dogger Bank Wind Farm last year, and has recently increased its team to 90 as work ramps up in preparation for the installation of 80 miles of underground cables from Ulrome to the onshore convertor station near Beverley.

On Teesside, between 25 and 30 Jones Bros workers will be on the site at any one time on behalf of Sofia Offshore Wind Farm and Dogger Bank C, with completion scheduled for April 2022.

The new contract win for the civil engineering firm is also expected to deliver opportunities for apprenticeships in the north-east of England as well as for suppliers such as fencing, haulage and other materials.

“Both Sofia and Dogger Bank C are significant projects in their own right and will deliver 1.4GW and 1.2GW of renewable power respectively once complete.

“As with all of our projects, we will look to provide opportunities locally in the supply chain as well as for apprentices.”

Work is now underway and is expected to take approximately 10 months to complete.

“This is a great opportunity for us to extend our collaboration with UK-based Jones Bros, following the start on the first two phases of the wind farm in East Riding. We’re also delighted to be working with Sofia Wind Farm in an innovative way, to ensure the impact on the local community on Teesside is minimal.”

“This is a unique and complex project given the close cooperation between two separate wind farm developers, to the point of sharing a contractor for the early onshore construction activity, and so we welcome being able to leverage the breadth of experience Jones Bros. has had on previous UK infrastructure projects.”

As well as being designed by @WoodThilsted we're proud to say there are now a number of #uk firms involved in the #supplychain for these immense foundations including Metec UK, Granada Material Handling and @TataSteelUK

This week the first platforms were shipped to the Smulders Hoboken yard to be assembled on the transition pieces for our world-leading project.
Our impressive UK-designed foundations are among the largest to be installed on an offshore wind farm.
@sserenewables @Equinor_UK @eni

We’re working with @NOFLimited again in 2022 to deliver a series of events to prepare the #supplychain for opportunities during the #operations and #maintenance phase of the project!