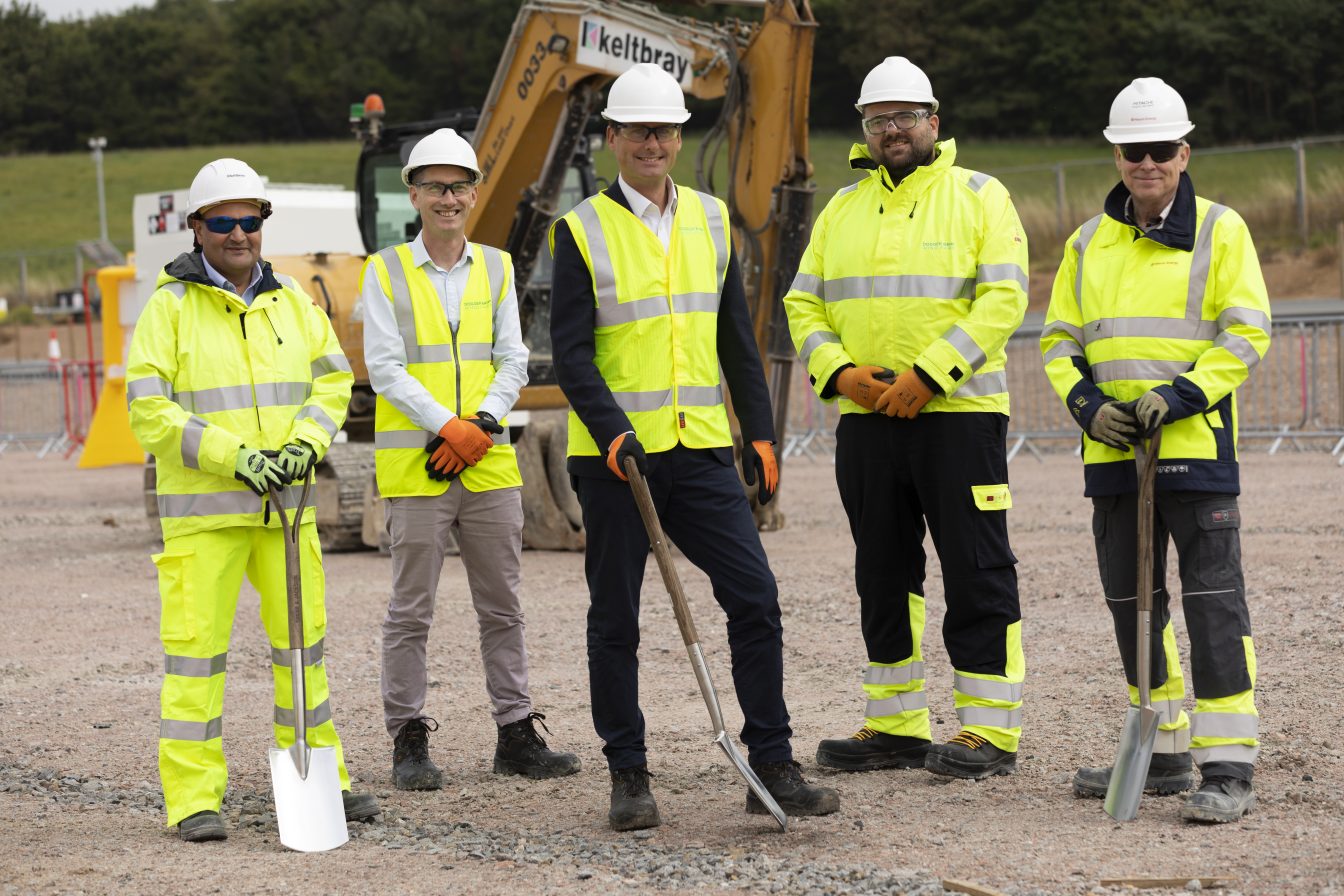 Tier one contractor Hitachi Energy and civil engineering sub-contractor Keltbray will construct the convertor station on the Sembcorp complex near Lazenby in Teesside.

“Starting work on the third convertor station for the world’s largest offshore wind farm is another exciting milestone for the whole team.

“It’s great to see our tier one supplier awarding another civil contract to Keltbray, a company which has played a key role in the development of the first two phases of the project.

“Dogger Bank Wind Farm will provide an affordable and secure source of renewable energy for 6 million UK homes from 2026.

The world-class renewable energy project, which will be capable of powering 6 million UK homes annually on completion, is a joint venture between SSE Renewables (40%), Equinor (40%) and Eni Plenitude (20%).

It will be the first HVDC connected wind farm in the UK, paving the way for other UK wind farms and suppliers to build on our experience transmitting renewable energy safely and efficiently across long distances while minimising potential losses.

Hitachi Energy is supplying the HVDC systems to connect the wind farm to the national grid at Creyke Beck in East Riding and Lackenby near Redcar. Each phase of the project will have both an offshore and onshore convertor station to facilitate efficient transmission of renewable energy via HVDC subsea and onshore underground HVDC and HVAC cables. The two convertor stations in East Riding of Yorkshire are currently under construction at the A1079 site between Beverley and Cottingham.

In Summer 2021 Tees Valley Mayor Ben Houchen and Redcar MP Jacob Young signalled the start of site preparation work for the Dogger Bank C convertor station by specialists Jones Bros Civil –Engineering UK. Last week representatives from Dogger Bank, Hitachi Energy and Keltbray Group gathered to mark the start of work on the third onshore convertor station on the pre-prepared site, which is due to be completed by Q1 2025.

Keltbray is one of several UK-based firms to secure contracts on the world’s largest offshore wind farm, with more than 1,500 UK roles already created or supported in relation to the construction and operation of Dogger Bank Wind Farm. Durham-based and family-owned steel construction firm Finleys is one of the businesses that has helped with the construction of the first two convertor stations near Beverley in East Riding of Yorkshire. Up to 170 UK based roles will be supported on the two convertor station construction sites during peak times for the project.

“The start of construction work at the Dogger Bank C converter station here in Redcar is a great moment for the Hitachi Energy team. We are proud to be delivering three HVDC® Light converter stations for the world’s largest offshore wind farm, Dogger Banker Wind Farm. HVDC technology significantly contributes towards a carbon-neutral energy future by enabling the integration of large-scale and remote renewable energy generation.”

“The ground-breaking ceremony marks an exciting milestone in continuing our involvement with the prestigious Dogger Bank Wind Farm. Phase C gives us the opportunity to continue providing opportunities to local people and supply chain, collectively working towards a renewable future.”