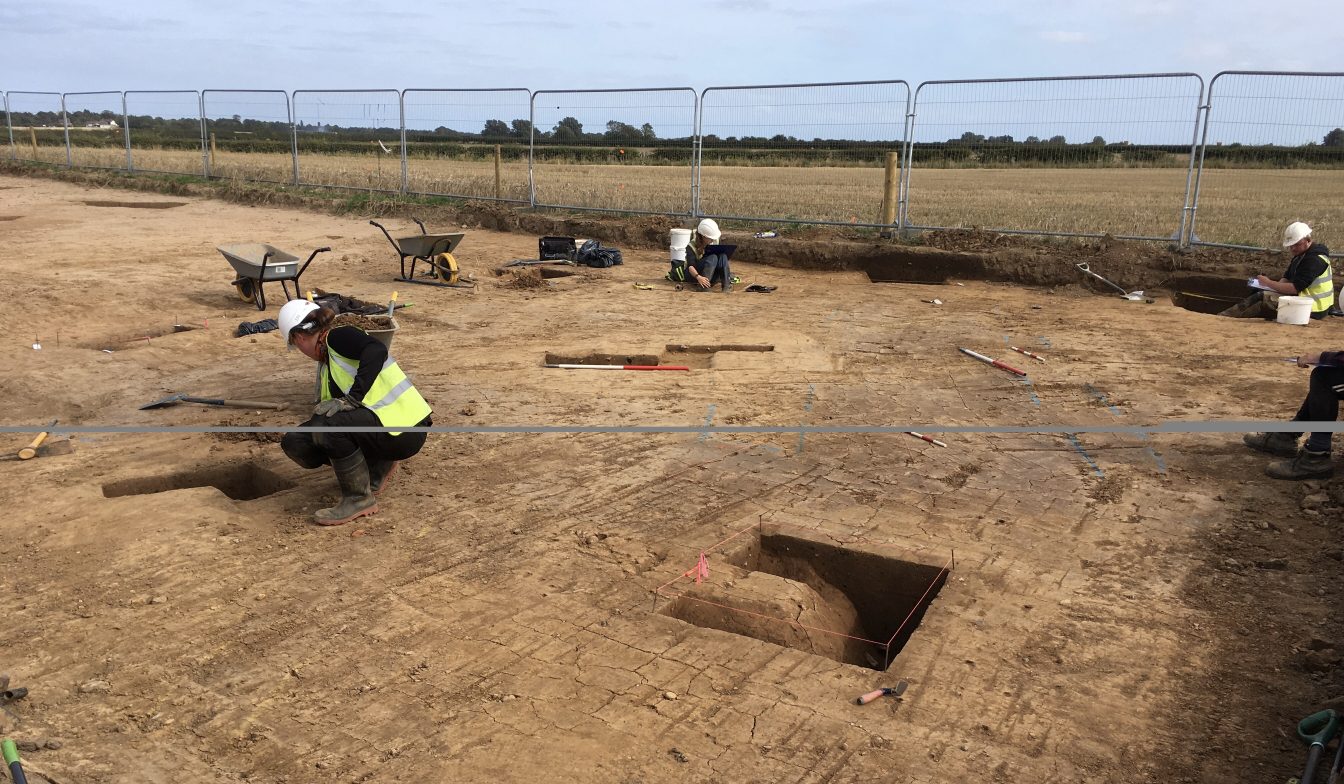 Fragments of long-forgotten Roman and Iron Age moments in history have been unearthed by archaeologists working on the Dogger Bank Wind Farm.

Specialists from AOC Archaeology Group have been carrying out extensive excavations along the cable route in East Yorkshire, for the first two phases of the project since 2018, and are now starting to build a picture of life on the land thousands of years ago.

“So far we’ve found a lot of Iron Age and Roman archaeology, including evidence of rural settlements, enclosures and field systems,” explained Stephen Potten, who manages AOC Archaeology’s York office and is leading the work.

“There’s some structural evidence that may relate to buildings and considerable quantities of domestic pottery. The Dogger Bank project is certainly giving us a great opportunity to gain a better understanding of Iron Age and Roman settlements in the area.

“We’ve always known there were settlements in this area but our excavations are shedding more light on how extensively the area was occupied and how communities interacted with the landscape. The evidence we’ve unearthed suggests that the area was home to busy, thriving communities during the Iron Age and Roman periods.

“As well as pottery, a number of settlements have produced ironwork, animal bone and some evidence of industrial work too. This material helps us to understand what activities were taking place in the Iron Age and Roman periods, and how widespread they were.

“We’ve found some fantastic Roman pottery, often just discarded in ditches and pits. All these artefacts are now in the process of being cleaned and examined by specialists, who’ll be able to tell us if there are any unusual or rare forms and perhaps help us identify any high-status objects. It’s also possible some of the pottery was imported, and this could tell us a lot about trade links and commerce thousands of years ago.”

Archaeological work is set to continue at locations along the Dogger Bank A & B cable route into 2021.

Dogger Bank Wind Farm Consents Team Manager Jonathan Wilson, said: “The archaeological work taking place on the Dogger Bank Wind Farm cable route is a vital part of our work as a responsible developer. It is a great privilege to be able to unearth this fascinating history of the area as we work to build the world’s largest offshore wind farm, which will provide renewable energy for 6 million UK homes.”