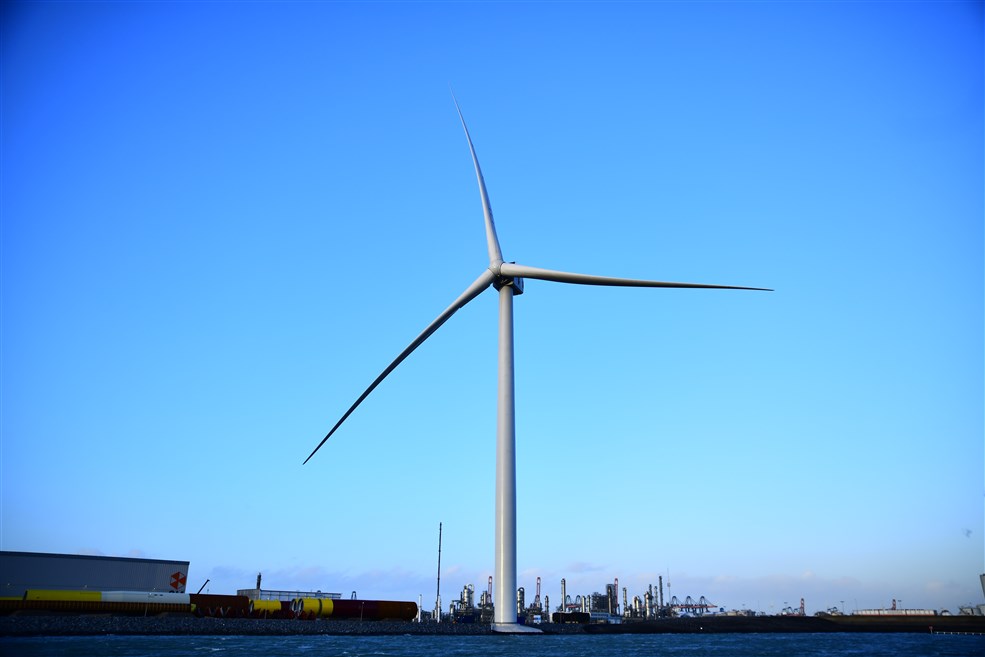 GE Renewable Energy has secured planning approval to build a new world-class blade manufacturing facility on Teesside in the north-east of England to produce blades for its Haliade-X turbine that will power Dogger Bank, the world’s largest offshore wind farm.

The significant order of Haliade-X offshore wind turbines from Dogger Bank Wind Farm was a decisive factor in GE Renewable Energy’s decision to green light the new manufacturing plant earlier this year, delivering a long-term renewable energy jobs boost to the region. The UK Government has also provided support to GE Renewable Energy to set up this new plant near Teesside as part of a greater effort to develop an industry and supply chain for the development of offshore wind in the country. This follows the designation of Teesside as one of the UK’s newest freeports.

Construction of the plant should begin later in 2021 on completion of all contractual documents, while  recruitment is scheduled to begin in mid-2022.

“It’s fantastic news that this mammoth project has passed the planning hurdle and is on course to be up-and-running by 2023, helping to create thousands of well-paid, good-quality jobs for people across Teesside, Darlington and Hartlepool. Once completed, it will play a central role in our ambitions to become a powerhouse in the growing UK offshore wind sector and add a huge amount to our clean energy credentials. In the short-term, we can now get spades in the ground and give a vital post-pandemic boost to our construction sector.”

“This important milestone brings us a step closer to the installation of UK-manufactured turbine blades on the world’s largest offshore wind farm. We’re proud to be the anchor project for this world-leading LM Wind Power facility, which offers long-term benefits to Teesside and the wider UK supply chain.”

LM Wind Power, a GE Renewable Energy business, will set up and operate the state-of-the-art new facility at Teesworks, an ideal location to serve the vast offshore wind potential of the North Sea. It is anticipated the factory, which will start producing the 107-metre blades in 2023, will create up to 750 direct jobs, and around 1,500 indirect jobs, in the region.

“We are delighted to have received this important approval from the local planning authorities and are thankful for the collaboration between all parties involved, including Teesworks and the South Tees Development Corporation. This important milestone sets us on track for the construction and future opening of the facility in 2023. We are proud of the contribution we will be making in rejuvenating this industrial cluster and helping it play a key role in future of renewable energy.”

A substantial number of Haliade-X blades for Dogger Bank Wind Farm will be among the first orders to be delivered from the new manufacturing plant. Blades produced at Teesworks will be installed from 2024 onwards.

“We anticipate the vast majority of the roles in our new factory to be filled by local workers who will be given training through the LM Centre of Excellence, where they will be fully upskilled on blade manufacturing techniques. These highly skilled operator roles are key to the success of the plant, and we are ready to leverage the knowledge and experience of our global LM Wind Power team with the manufacturing pedigree of the Tees region.”

Confirmation that part of the turbine blades for Dogger Bank Wind Farm will be manufactured in the UK delivers on a key commitment by the wind farm’s joint developers SSE Renewables, Equinor and Eni to support the development of a UK supply chain, creating substantial local jobs and maximising UK supply chain opportunities.

GE’s Haliade-X is the most powerful offshore wind turbine in operation today. The Haliade-X 13MW turbine was confirmed for the first two phases of Dogger Bank Wind Farm in September 2020, with a record-breaking order for 190 of the innovative machines. GE Renewable Energy has also been selected to provide its uprated Haliade-X 14MW for Dogger Bank C, subject to Dogger Bank C reaching Financial Close in late 2021.

The three phases of the Dogger Bank Wind Farm will have a combined installed generation capacity of 3.6GW, enough to power six million UK homes. When complete in 2026, it will be the world’s biggest offshore wind farm.

The electricity generated by the turbines at Dogger Bank, which are between 130km and over 200km from shore, will be transmitted onshore via subsea cables. Due to the distance of each of the Dogger Bank phases offshore, it will be the first wind farm in the UK to utilise an HVDC connection. The use of an HVDC connection will ensure the renewable energy being transmitted over the long distances from the Dogger Bank offshore to the onshore grid connections in England’s East Riding and Teesside will be achieved efficiently while minimising losses.