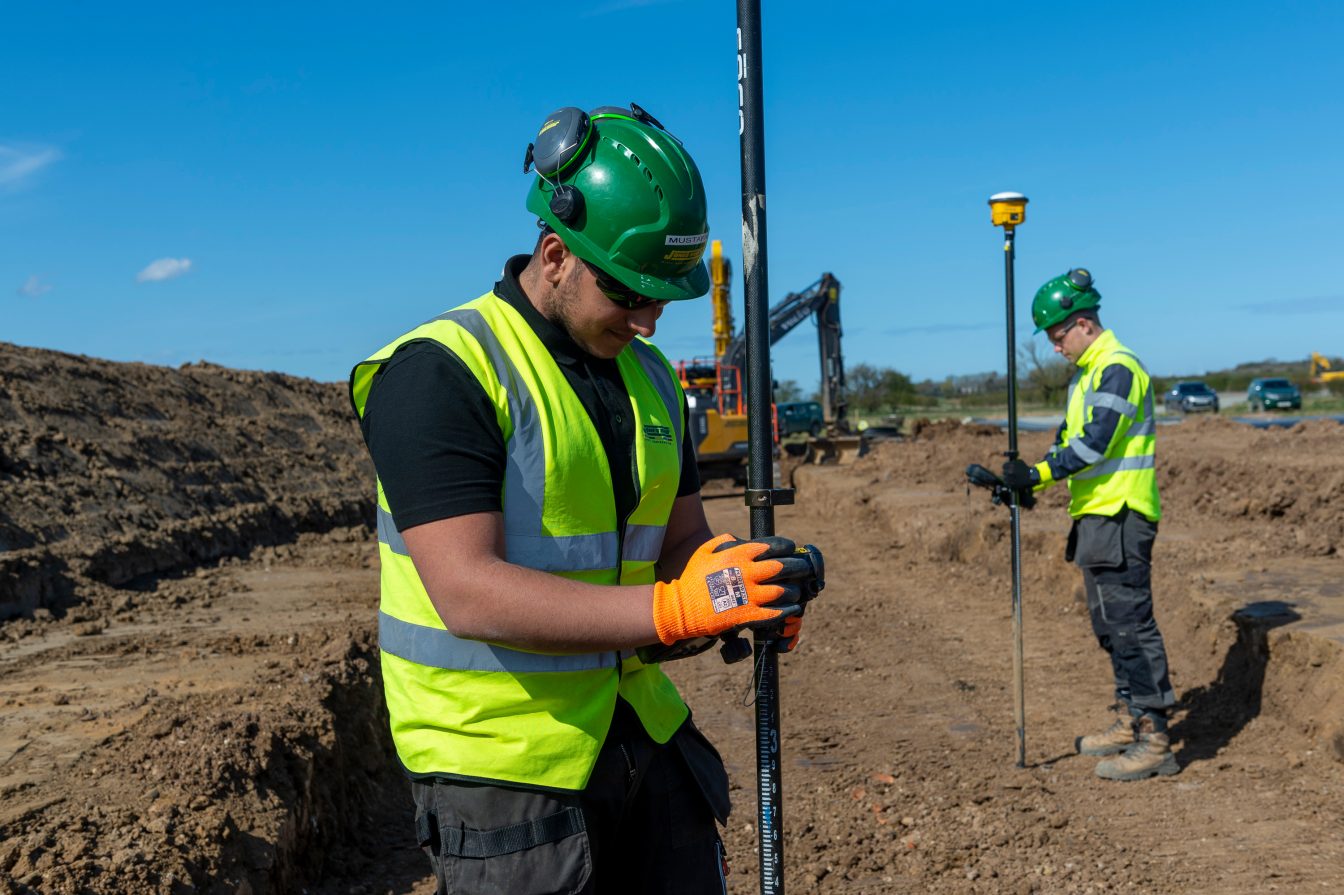 The North Wales-based civil engineering company will deliver trenching, duct installation and joint bays for the 2km connection between the converter station for the third phase of the wind farm, near Redcar, and the National Grid infrastructure at Lackenby on Teesside. The initial work is expected to begin in March 2023.

Jones Bros is already installing more than 80 miles of cable for the first two phases of the wind farm in East Riding of Yorkshire.

The team was also appointed to deliver the enabling works package for the onshore convertor station platforms for the third phase of Dogger Bank Wind Farm, in a joint contract with neighbouring Sofia Offshore Wind Farm. Jones Bros has been engaged by RWE’s Sofia Offshore Wind Farm, to manage the works on behalf of both Sofia and Dogger Bank C to minimise disruption to those living or working near the site.

Contracts director for Jones Bros, Eryl Roberts, said: “As this will follow on from construction of converter station infrastructure for the same project, we will benefit from a considerable body of local knowledge built up in recent years.

“As well as this, we will be able to continue to invest in the North East’s regional economy, including working with subcontractors from the area, as well as sustaining apprenticeships.

“The lengthy lead-in gives us a relatively long design period to develop and implement new and innovative solutions for the scheme in partnership with the client.

“This will include plans to minimise disruption. The route passes across a number of key roads such as the A1053, so this will mean conducting horizontal drilling in addition to the trench digging that will be used for the majority of the distance.”

“Building on the work already underway on the first phases of Dogger Bank Wind Farm, Jones Bros will now play a vital role in helping connect the windfarm to the National Grid infrastructure for the third phase.

“We look forward to extending our relationship with this UK-based firm, as we continue to build this record-breaking windfarm.”

Jones Bros is one of a number of UK-based firms to secure contracts on the world’s largest offshore wind farm, which will provide renewable energy for 6 million UK homes on completion in 2026. To date, more than 3,000 UK roles have been created or supported in relation to the construction and operation of Dogger Bank Wind Farm.

Darlington-based Tekmar Energy became the latest firm to join the wind farm’s supply chain, after securing its largest-ever contract with Dogger Bank’s tier one supplier, DEME offshore. Part of the Tekmar Group, the company will design, manufacture and supply Generation 10 TekTube CPS to protect subsea inter array cables on the first two phases of the wind farm, Dogger Bank A and B, with a future option for Dogger Bank C.